It is pretty safe to say that I love Disney much more that the average 19-year-old girl. Last year around this time, I purchased an annual pass to Disney World with the goal of doing everything that the park had to offer.

Unfortunately, my annual pass expires in just a few days and I moved farther from Disney so I will not be renewing my annual pass.  I made my last trip to Disney this past weekend, and let me tell you, it was so sad!

Over the past year, I have learned that Disney can be quite expensive (duh) when you aren’t careful and that there are many ways to maximize your time in each park so I figured now would be a great time to share my advice on how to make the most of your Disney trip!

If you live in the state of Florida and plan to take at least two weekend trips to Disney World over the course of the year, I would certainly recommend buying a Disney Silver (Annual) pass.  It only costs $419 for an adult, which gives you access to every park and a multitude of other perks, such as free parking (which is normally $20), park-hopping, discounts on food and merchandise, special park entrance points (with shorter lines), and a complimentary Magic Band (which start at around $13).  The cheapest price per day ticket package that Disney sells is their 10-day pass, which is 10 park admissions (no park hopping, parking, or other discounts included) for $486.  If you take all benefits into consideration, the pass pays for itself in 7 visits (or less if you go to multiple parks in one day!)

There are some block-out dates for this type of pass (the week of Christmas, two months in summer, and two weeks in April), but if you are familiar with how tourism works or Florida’s weather, these blockout dates are not much of an inconvenience.  They are all times when the park is very full, which also happens to be the worst time to go to Disney.

If you do not decide to go with the annual pass, AAA does offer deals on Disney tickets.  Sometimes the deals are better than others.  You just have to compare.  As for other discount ticket vendors, I have read a lot about many places who sell fake Disney tickets, so I have never purchased tickets unless it was from AAA or Disney.  (Let me know if you have been successful in getting discounted tickets elsewhere!)

Once you have the actual ticket part figured out and purchased, it is time to go onto the actual planning.  I am not one to plan out every minute of a trip or vacation, but I do carefully plan my time in Disney.  Disney is certainly not a relaxing type of vacation.  A huge part of planning is making FastPasses.  FastPasses are the greatest things ever and the Disney Mobile App comes in as a close second.  I recommend making your fast passes as soon as you decide to go to Disney since the popular rides and timeslots tend to sell out. FastPasses can be booked up to 30 days in advance if you are not staying on property and 60 days in advance if you are staying on Disney property. For specific information on FastPasses, visit the Disney website.

If you are traveling to Orlando for more than just a day trip, you are going to need somewhere to stay.  My family typically stays at non-Disney hotels/resorts since my dad has a ton of points for hotels or has his work pay for it.  Do NOT feel that you are missing out if you do not stay in a Disney Resort.  Disney Resorts do have that “magical” touch but you will pay for all of that magic!  There are tons of AirBNB hosts around Disney that offer perfectly fine places for a much lower price.

So, here is the most exciting part: your time in the park!  When it come to stuff to bring to the park, I like to keep it really simple.  I carry my fanny pack with my phone, cash, license, debit card, Disney gift card (if I have one), a mini hand sanitizer, extra hair-tie, and a mini tube of sunblock.   Fanny packs are so nice because they can be worn on almost all of the rides! I wear my Magic Band which serves as my ticket to the parking lot, the parks, and discount “card” for food and shops.  My biggest tip for how to dress is comfortable, athletic wear.  Sturdy shoes are a must.  You will be walking miles under the scorching sun (unless you come during one of Florida’s 5 days of winter) and you will sweat…a LOT.  If there is a chance of rain, make sure to buy a poncho at the dollar store ahead of time so you’re not paying $37 a poncho in Disney.

I would have to say that food is the only thing that Disney does poorly with.  Disney food is very expensive and not very tasty (except some stops in Epcot and Mickey ear ice cream).  I would suggest eating a big meal before going to the park and bringing snacks if somebody in your group is carrying a bag.  Kids meals are the way to go if you are snacking in the park.  They are typically half the price of the normal meals but only a slightly smaller portion. We typically buy one bottle of water to share and then refill it at water fountains, because paying $4 a bottle adds up, especially when you are hot, sweaty, and drinking like a fish.

Most of the parks have rides, shows, or attractions that are either indoors with air conditioning or long and slow paced which allows for a break from walking around or waiting in long lines in the heat.  Some of these include Hollywood Studios’ shows (Frozen, The Little Mermaid), Magic Kingdom’s Peoplemover, Carousel of Progress, Haunted Mansion, Epcot’s Soarin’, and Animal Kingdom’s Lion King show, Nemo show, safari rides, and train.

I typically avoid meeting the characters because the lines are ridiculously long and I think they are a waste of a FastPass, but if you have small children or just really want to meet a character then you do you.

If you are not sure which parks to go to, I would recommend Epcot for adult groups (you can drink around the world!) and Animal or Magic Kingdom if you have small kids. The parks in order from my most to least favorite are as follows: Magic Kingdom, Epcot, Hollywood Studios, and Animal Kingdom.  Disney Springs (previously Downtown Disney) can also be a ton of fun! There is a lot of shopping but there are some really neat things to see.

Look into the hours of each park on the days that you plan to visit.  Some parks close early for various events.  If you have an annual pass or park hopper, try to book fast passes so that you visit the earlier closing park(s) first and the one(s) that are open last! Special events are not included in park admission.

If you are having a hard time in planning your Disney trips or just want a “professional” opinion, there are many travel agencies that can help you out! The agency that I have heard the best things about is My Mickey Vacation Travel!

I hope this helps you in your Disney planning or inspires you to take a trip to the happiest place on earth! If you have any questions about any of my Disney experiences, feel free to ask.

Have a magical day!

PS: Disney uses a whole field’s worth of solar panels to power Magic Kingdom, which makes me insanely happy since they use such large amounts of energy!

PPS: Check out the super cute pictures (below) from my last trip to Magic Kingdom! 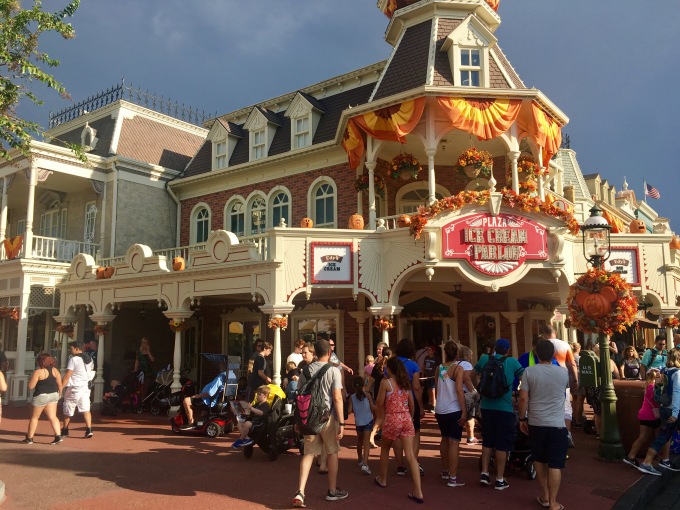