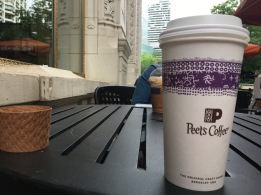 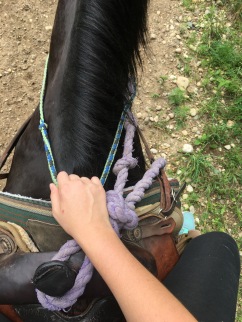 “Why are you going to Wisconsin?”

That is the question I was asked every single time I told anybody where my family would be taking our summer vacation this year.  The only things I knew about Wisconsin were from That 70s Show.  My mom told us that it was going to be an “adventure vacation not at the beach since we live at the beach” but in reality, we had a couple weeks to book our timeshare before we lost rollover points and it was the last one available.

As you might imagine, my parents were not much more excited than their three and a half teenagers.  My dad kept asking us if we were “excited to go to Minnesota or wherever the &#!@ we’re going” and proceeded to tell us how much fun we would have after we reminded him that we were going to Lake Geneva, Wisconsin.

Not wanting to spoil my vacation or be ungrateful to my parents, I decided to go in with an optimistic attitude.  If nothing else I could just go hiking and reconnect with myself and nature or something like that.  I was going to be going to two states that I had never been to before (we had a pit stop in Chicago since there are no real airports in BFE apparently).

The trip ended up being a ton of fun and very relaxing.  We spent almost 5 days in Chicago over the course of the trip, staying in two different hotels in two very different parts of town. Those days were the most fun. We did a ton of eating and walking and people watching.  There was ton of great food (I will include a list of my favorite places at the end). We went to a Cubs game at Wrigley Field and saw The Bean. Lincoln Park (which I thought was actually called Linkin Park) was probably one of my favorite stops. The whole city stole my heart. I cannot wait to go back!

Lake Geneva, Wisconsin was so peaceful and beautiful.  According to our Hertz shuttle driver, baseball players for the Cubs and White Sox used to build off-season homes up around Lake Geneva in the beginning of the 20th century because it was the largest body of water around (other than Lake Michigan, of course!)  The town was very small and very adorable. There was no shortage of cute cafes and B&Bs. We found a lot of cool little shops and a super old school record store.

The biggest downside of Wisconsin was the awful weather. Mind you, I am a weather brat and I cry when it is not 80 degrees and sunny.  The weather was in the high 60s to mid 70s which is totally not pool weather.  It was a little rainy on most days, which made it feel even colder.  We were lucky to have good weather for two days so we went ziplining (the most terrifying experience of my life) and horseback riding.  The rest of the time we spent our days in the gym and spa.

Most nights, we ate in since we had not one, but two kitchens in our little villa. Every night was family movie night, which is something that is unheard of in my house.  We had a week long Adam Sandler marathon. YAY FAMILY BONDING!

The trip turned out to be great.  I would definitely recommend traveling to Lake Geneva, especially if you’re into cold weather or golfing. This trip has made me realize that I want a record player and also a bed & breakfast on a horse farm with goats in a small but progressive town that has nice weather.

Places To Eat In Chicago Breakfast